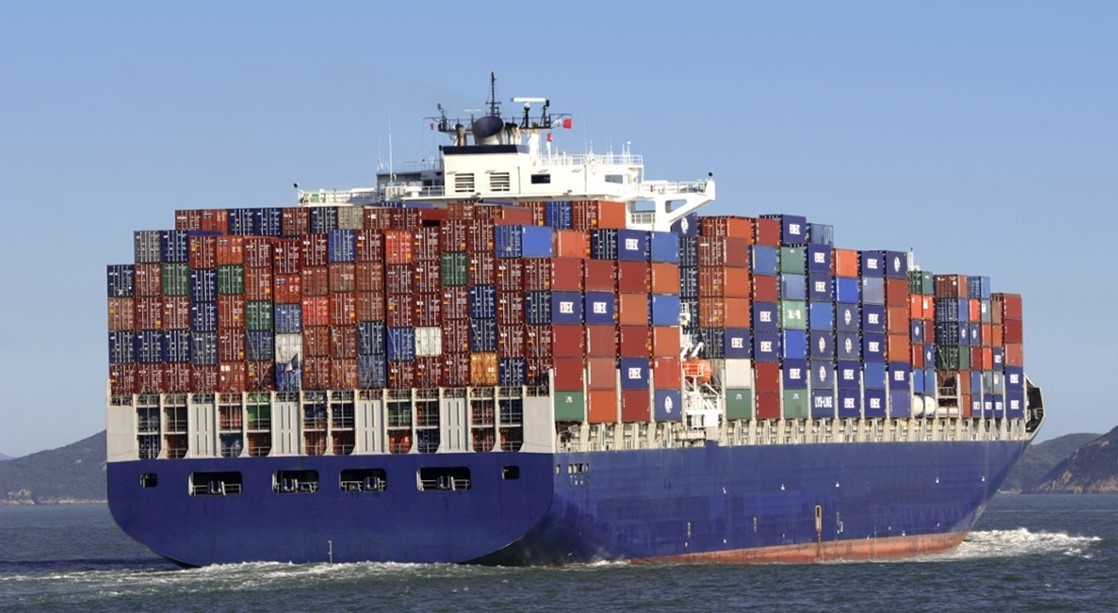 by Mike Dekker posted on March 02, 2021 Statistics
share this

Historically, the month of January results in a lower number of containers imported or exported to or from Spanish ports plus the container traffic between Spanish ports (cabotage) when compared to December. The statistics for January 2021, as published this week by Puertos del Estado, confirms this fact, with a decrease of 3.2%.

However, this decrease was not experienced in all ports as indicate the numbers for Algeciras and Barcelona. Their international and domestic trade went up by respectively 7.5% and 2.7%.

Transhipment traffic went down in all three major ports but increased significantly in the other Spanish port. A more detailed analysis indicates that this comes completely for the account of Las Palmas, Tenerife, and Cadiz. The three saw their transhipment volumes growing by over 25 thousand TEU (+34.1%) compared to December and with almost 56 thousand TEU (+125%) compared to January 2020.

The following table shows the details for Algeciras, Barcelona and Valencia, that together handle about 80% of Spain’s container traffic, the other ports and Spain. 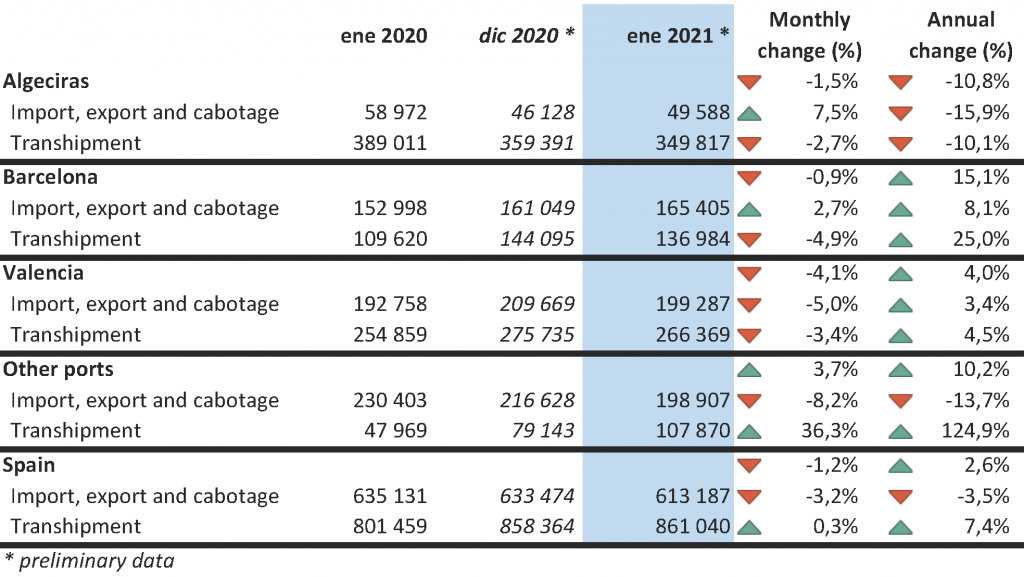 Container import, export and cabotage volumes for Spain reached 613.2 thousand TEU in January and was lower compared to last month (-3.2%) and last year (-3.5). Only transhipment traffic gave a better result.

When we compare the COVID-19 crisis with the financial crisis that started in September 2008, we see a much stronger recovery today than happened then, as is clearly illustrated by the following graph with the index for import, export and cabotage traffic for all Spanish ports, setting the index of the volume handled at 100 at the start of the period.

In January 2021 traffic went further down the 100 level again but given that January registers almost always lesser trade than March the year before, this does not come as a surprise. Hopefully, the European COVID-19 vaccination programmes will result in a revival of the economy, including the return of tourists to Spain this summer, which will lead to more trade.