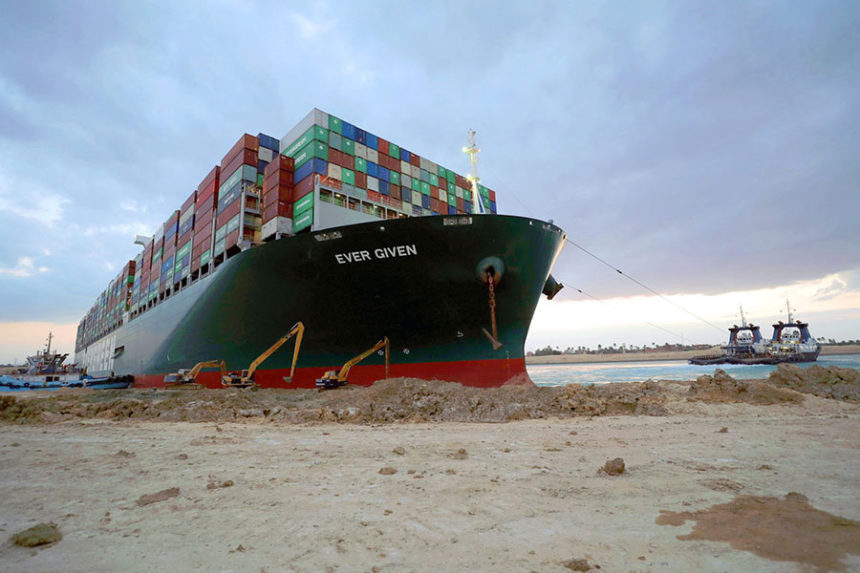 by Mike Dekker posted on March 31, 2021 Statistics
share this

Spanish container trade went up in February 2021 with 2.4%

Spanish import, export and cabotage traffic always goes up in February when compared to January, and this year was no exception. The statistics for February 2021, as published this week by Puertos del Estado, confirms this fact, with an increase of 2.4%.

The total number of containers handled by all Spanish ports, however, went down, mainly caused by the almost 15% decline of transhipment traffic. However, when comparing with last year’s data, there was only a slight decrease of 1.8%.

Transhipment traffic went down in all three major port, especially in Algeciras.

The following table shows the details for Algeciras, Barcelona, and Valencia, that together handle about 80% of Spain’s container traffic, the other ports and Spain. 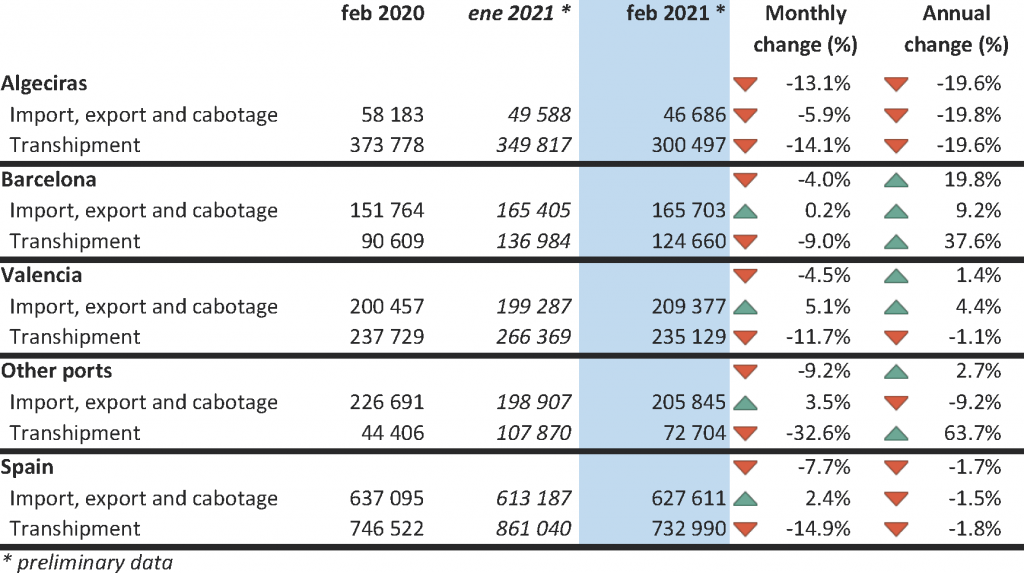 When we compare the COVID-19 crisis with the financial crisis that started in September 2008, we see a much stronger recovery today than happened then, as is clearly illustrated by the following graph with the index for import, export and cabotage traffic for all Spanish ports, setting the index of the volume handled at 100 at the start of the period. 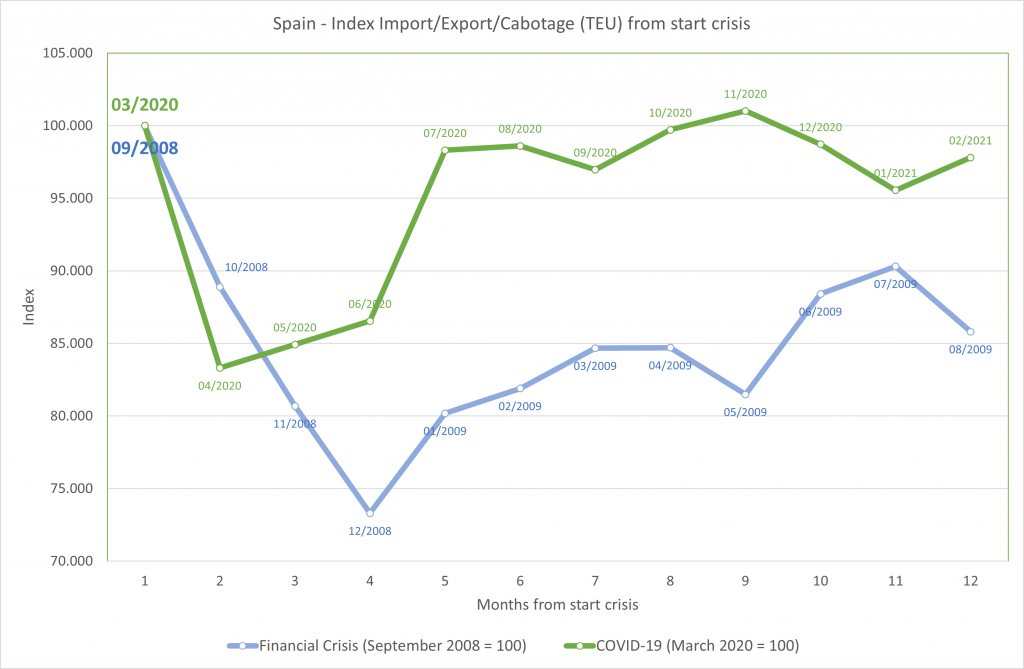 In February 2021 traffic went up again towards the 100 level. March is normally a better month than February, so, we expect to see a further increase of the monthly container trade for Spanish ports.

The impact on March trade of the Suez Canal blockage between 23 and 29 March, caused by the grounding of the Ever Given, might be limited as vessels coming from Asia were expected to arrive in the last week of March, so import and inbound transhipment from Asia will be less, and in many cases export cargo and outbound transhipment would have been loaded. For April, however, I expect a larger impact, as ports must handle containers related to about a week of vessel calls that could not be served in March.

A practical case of how to apply A.I. in a container terminal